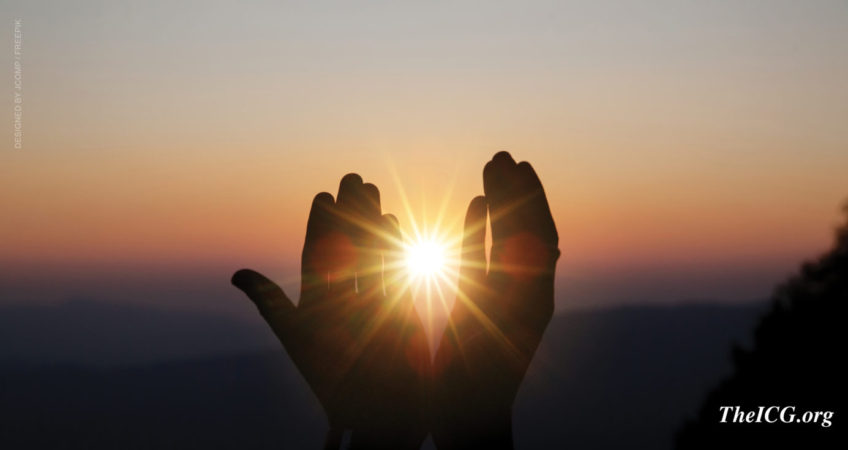 God is the eternal, omnipresent, all-powerful, supreme Creator and Sustainer of the entire universe. God is one, composed of spirit and comprising a family revealed as presently consisting of God the Father and Jesus Christ the Son. God is a loving, kind, merciful being who wants to share His magnificent existence by reproducing Himself through man.

The most fundamental need facing mankind is to recognize the existence of God and to understand His character, personality and master plan. Man will continue to flounder without real knowledge of the purpose of life until he gains an accurate and clear picture of his Creator.

The question of whether God’s existence can be proved is one that has troubled mankind throughout millennia, stirring heated debate with arguments on both sides. Unfortunately, the form most of these debates have taken is for one person to try to forcibly “prove” God’s existence to another by attempting to formulate arguments or logic so airtight as to exclude any other possibility. This approach does not work. No argument, no matter how carefully thought out or logically constructed, can absolutely “prove” God’s existence to one who will grasp at virtually any other unlikely explanation or remote possibility. No person can make another person believe in God!

Nevertheless, God’s existence can be totally proved to oneself. One who has individually and personally experienced the biblical miracle of conversion, or who has received miraculous answers to his prayers, has truly and irrefutably proved God’s existence to himself and cannot be shaken from this proof by any argument, whether theological or philosophical, as long as he stays in this contact with God.

God’s existence is also powerfully demonstrated by creation. The reality of the material universe, the existence of life and the interdependence and sustenance of the laws governing this matter respectively require a Creator, a Life-Giver and a Sustainer. Thus David said: “The heavens declare the glory of God; and the firmament showeth His handywork” (Psalm 19:1). Likewise, Paul records that, “the invisible things of Him [God] from [looking at] the creation … are clearly seen, being understood by the things that are made, even His eternal power and Godhead; so that they are without excuse” (Romans 1:20).

The Bible reveals that the one God is a family composed  of two members––the Father and the Son, Jesus Christ. John’s gospel states that these two have dwelt together from eternity and that they share power, glory and majesty, although Christ is second in authority. From the biblical revelation we infer that God resembles man in certain aspects but is composed of spirit instead of flesh (John 4:24), radiating spiritual energy and power. The few references to God’s “appearance” emphasize His incredible brilliance (Revelation 1:14-16; Daniel 7:9-10).

God is the total embodiment of love; He is the originator of law and the giver of every good and perfect gift. His many titles and names (Creator, Counselor, Healer, Self-Existent One, Father, Almighty, etc.) reveal His special qualities of character and personality. Yet it is God’s mercy and compassion that are paramount in giving full hope and confidence to fallible human beings who are sinners all.

Perhaps the most outstanding single characteristic of God is His total, unselfish love. This one quality is so much a part of God’s entire makeup that He is in actuality its total personification and hence “is love” (I John 4:8). God has demonstrated His love for us in many ways: through the sacrifice of His son (John 3:16), by forgiving our sins, by strengthening our will and determination in the face of trials, and in countless other ways. But perhaps the single greatest expression of God’s love is that He has devised a plan to share Himself by reproducing Himself through man.

This master plan is indeed the greatest imaginable truth and the very reason why the entire universe was created. All human beings from all times shall have a full opportunity to become members of God’s family. Mankind has been created in God’s image (Genesis 1:26) and put on earth to reject evil and thereby to build character so that each human being can be spiritually born into God’s kingdom and family. Thus God’s family of two revealed persons shall grow to billions, and God’s greatness shall be multiplied by as many times as the incredible number of sons God shall add to His family.

The God of the Bible is both cosmic and personal. He is the Creator of the universe and at the same time is concerned for each human being. He sustains galaxies and controls the full scope of human history at the same time as He focuses His intense concern on each man, woman and child who seeks Him. God is involved with the whole of mankind: in the rise and fall of governments, in the sweep of generations, in the ultimate direction of human society. Yet this same being is intimately involved in the personal lives of human beings of every social stratum, race and intellect. God is merciful to sinners; He is compassionate and deeply desires that we attain the greatest possible happiness and success.

I Thessalonians 5:9 asserts, “For God hath not appointed us to wrath, but to obtain salvation by our Lord Jesus Christ.” Romans 8:19 states that the entire creation “waiteth for the manifestation of the sons of God.” God intends for all mankind to succeed at sonship. For now, God rules the spiritual and material universe from His throne in heaven, although His mind and Spirit reach everywhere. Beside Him sits His Son, Jesus Christ, and the two of them, surrounded and aided by myriads of angels of differing ranks and authority, direct the working out of their master plan. Eventually, God’s throne will be moved to the “new earth” of Revelation 21 from where He and His billions of sons will rule His Kingdom and the unfathomable vastness of the infinite universe for all eternity.